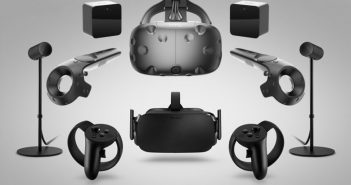 “Last year, HTC used CES to offer a first hands-on demo with the Vive Pre developer kits, giving early adopters their first look at what consumer room-scale VR looks like. Given this anticipation, rumors have been circling that HTC is set to reveal the next iteration of its Vive VR headset at CES. To put it plainly: they’re not true.”